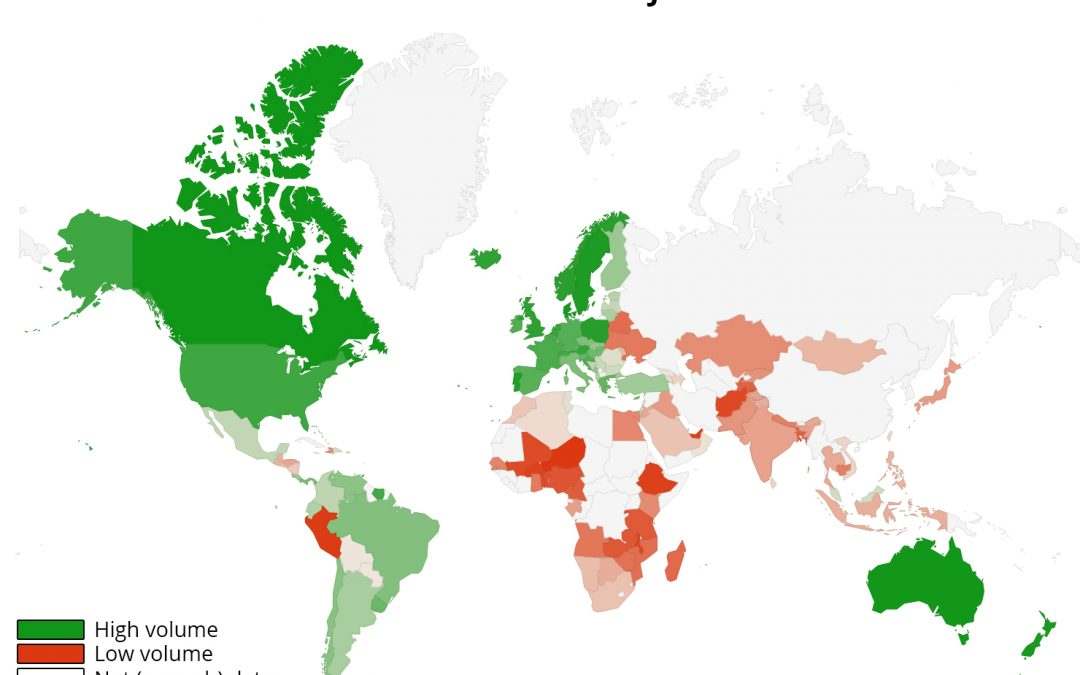 Click here to view the image in full screen

Feel free to embed this picture on your website

Are you curious to know which country can be marked as the biggest fan of Justin Bieber?

First, let’s see what the current trend is showing.

Justin Bieber is the most popular in ….

How is Justin Bieber doing over time?

It’s interesting to see that the number of people searching for Justin Bieber is declining every year.

This could have 2 potential reasons:

2) Pretty much everybody knows who Justin Bieber is already

Having said that, the number of people searching for him is still huge.

Needless to say, Bieber is still crushing it vs random terms such as ‘apple pie’

We researched Google searches targeting Justin Bieber from all over the world. Some countries were excluded because they didn’t have enough ‘Justin Bieber’ searches to display reliable results.

Then there were a few countries which were excluded because … well, they don’t use Google in China or North Korea.

The list is ranked based on how many people are needed to do one ‘Justin Bieber’ search per year.

With only 360.000 people Iceland searches for Justin Bieber over 13.000 times per year. That means you need 26 people to do a ‘Justin Bieber’ search per year. This makes them rank at number 11 worldwide, not too bad!

It would make our day!